Get all the rings off of your side of the field.

For the first competition the field will consist of a 4x4’ square that is divided into two areas. The robot’s area will be 4’x3’. The floor of the field will be whiteboard material and the walls will be light coloured 1/2” plywood approximately 5 3/4” high. Dividing the two areas of the course there will be another piece of plywood suspended approximately 2.5” off the bottom of the field and stretching all the way from one wall to the opposite wall. A line of 3/4” black electrical tape will be placed parallel to the barrier on the floor of the field next to the divider on the robot’s side. A diagram of the field is given below: 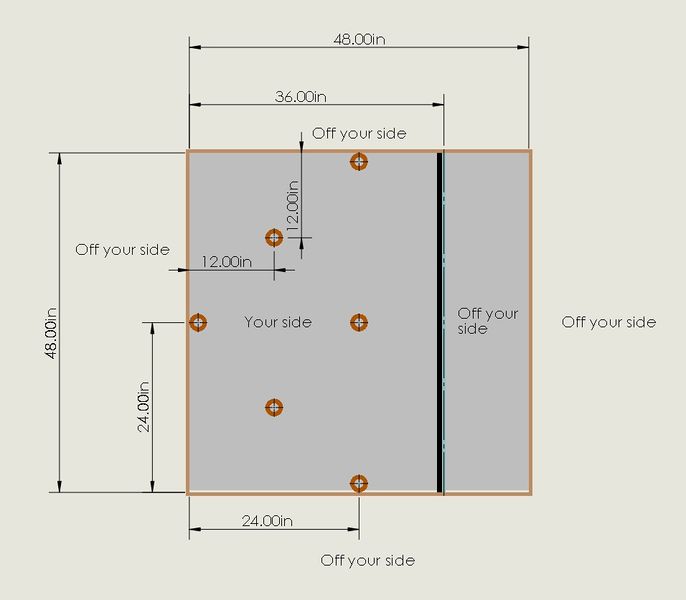 Here is an early prototype of the field. Note that it does not have the black tape marking the divider, but that will be added along with making the frame sturdier. 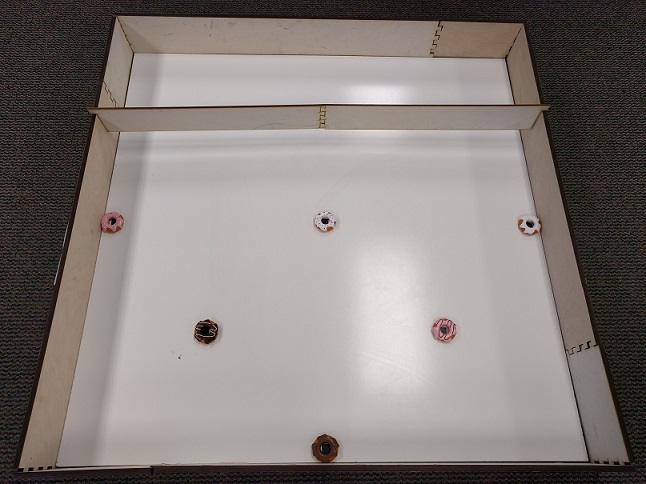 The robot can be placed anywhere on its side as long as it is not touching any ring. Once the robot is placed a judge will count down time for the robot and timers to start. The robot should have some way of being started (i.e.push button) at the end of the countdown. Each robot will be given 1 minute to get all the rings off its side of the field.

Each robot will be given two chances to try to clear all the rings, its times on both runs will be averaged to create its final score. The robot with the lowest average time wins. If there are rings left on the robot’s side of the field when time is called, a penalty will be added to the time for that round for each ring left. The judges will rule about re-tries in cases like a robot losing a sensor or other issues like that.

Robots must start on their side of the field and cannot be touching any rings. No size restrictions except that the robot must fit on the field without touching any rings. A ring will be considered off your side if no part of it is past the edge of the divider. If the ring is partially under the divider, but does not stick out at all on your side it is considered off your side. If a ring leaves the field completely it is not on your side. Robots can move the rings in whatever manner they want, including either under or over the divider. Robots cannot intentionally damage or dismantle the rings or field.